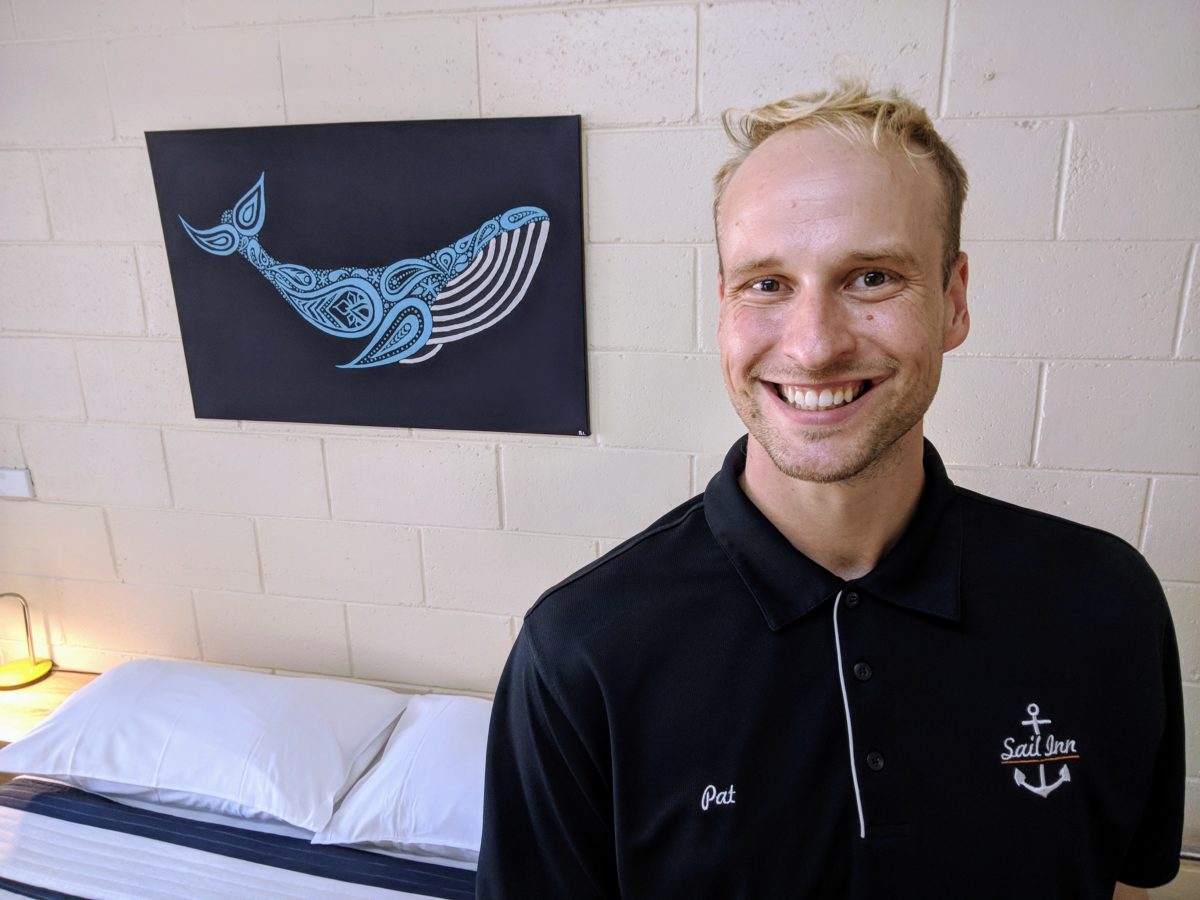 Article in The Capricor Coast Mirror below.

Sail Inn on James St, today announced that it has received a TripAdvisor® Certificate of Excellence. Now in its eighth year, the achievement celebrates businesses that have earned great traveller reviews on TripAdvisor over the past year. Certificate of Excellence recipients include accommodations, restaurants and attractions located all over the world that have continually delivered a quality customer experience.

Bob and Lisa Lilleboe purchased the Sail Inn 16 months ago and since then the business has continued to grow. Their son, Pat Lilleboe has been managing the motel and added his own flare. When you stay at the Sail Inn each room has one of Pat’s original artworks on display. If you are on Facebook I am sure you have seen one of their silly selfies showing off what to expect at the Sail Inn. The Lilleboe’s are new to the accommodation industry but they must be doing something right as this is the first time the motel has received a Certificate of Excellence from TripAdvisor.

TripAdvisor is excited to announce the recipients of the 2018 Certificate of Excellence, which celebrates businesses that have consistently received strong praise and ratings from travellers,” said Heather Leisman, Vice President of Industry Marketing, TripAdvisor. “This recognition allows us to publicly honour businesses that are actively engaging with customers and using feedback to help travellers identify and confidently book the perfect trip.

The Certificate of Excellence accounts for the quality, quantity and recency of reviews submitted by travellers on TripAdvisor over a 12-month period. To qualify, a business must maintain an overall TripAdvisor bubble rating of at least four out of five, have a minimum number of reviews and must have been listed on TripAdvisor for at least 12 months. 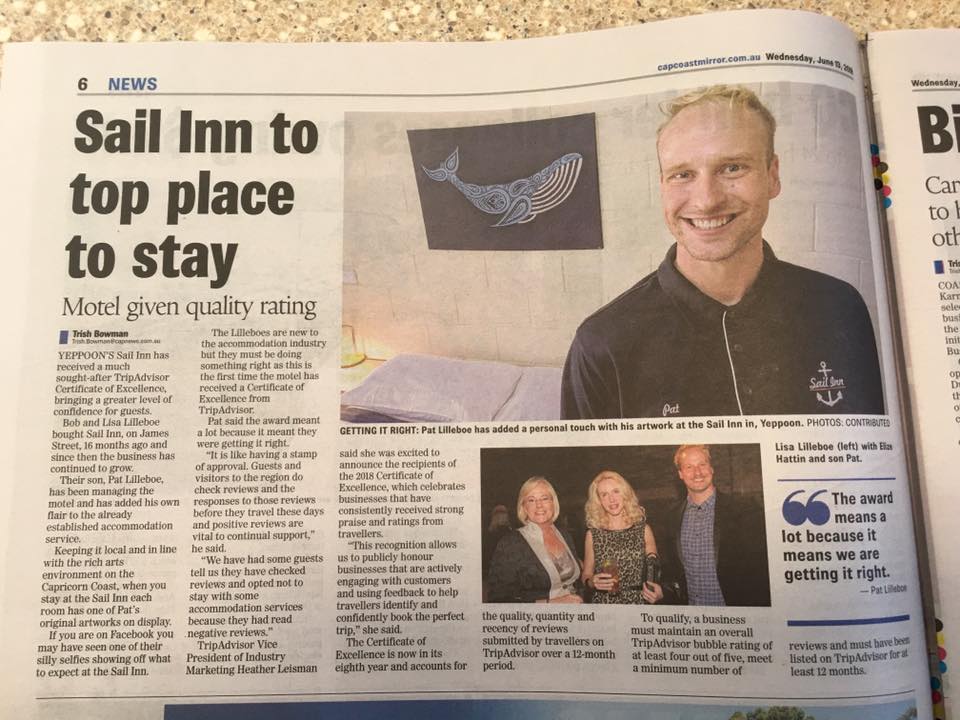 previousEnviable lifestyle is just part of the job