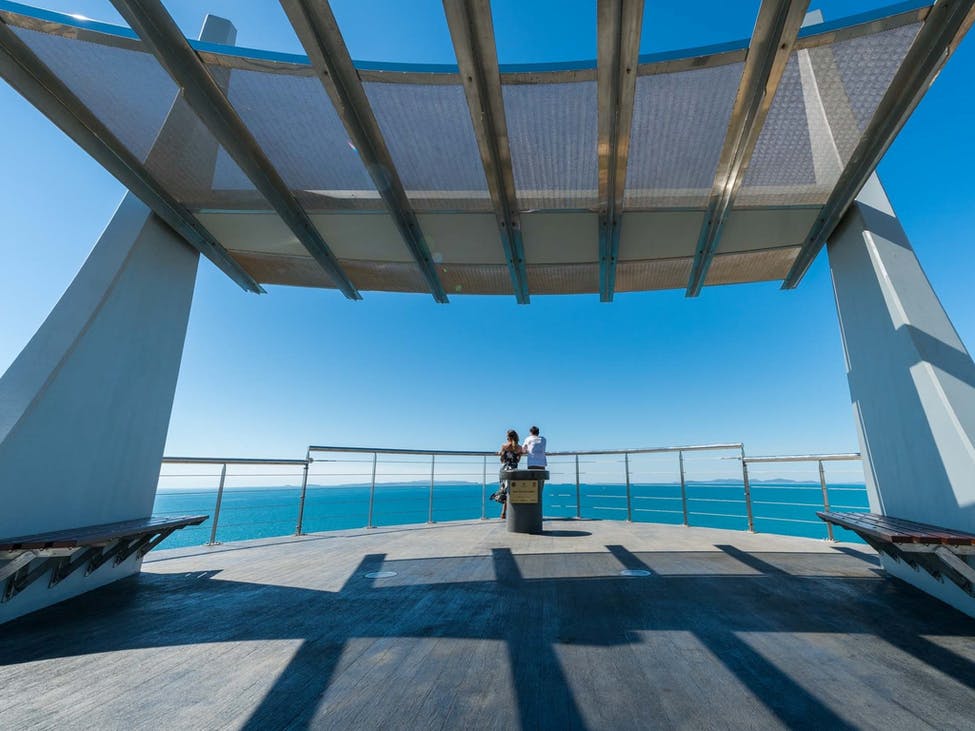 This scenic lookout located in Cooee Bay gives 360 degree views of the Capricorn Coast and Keppel Bay. Only a short drive from Yeppoon town centre.

In October 1848 the 62 ton transport schooner Selina was found waterlogged and dismasted, washed ashore near this point, by Captain Roach of the cutter Will-o’-the-Wisp.

The Selina was built for Captain Deloitte of Sydney and launched in Brisbane in 1847. She had departed the Pine River north of Brisbane on 31 July bound for Sydney with a cargo of cedar logs and carrying a crew including Captain Cameron. Selina failed to arrive in Sydney and was not sighted again until she was found 15 months later near this spot, now known as Wreck Point.

With the newly completed stage 2 features include a meandering 1.2 metres wide nature trail, featuring sandstone steps to a viewing platform positioned immediately above spectacular rocky point drop-off. The ‘shipwreck’ artwork is a central focus to the walking trail, which features an interpretive panel that tells the story of the Selina, the ship that was wrecked and found there in 1848, and after which Wreck Point was named.

Aside from offering spectacular 360-degree views of the Capricorn Coast and Keppel Bay, the iconic Wreck Point Lookout is veiled in a mysterious nautical phenomenon.