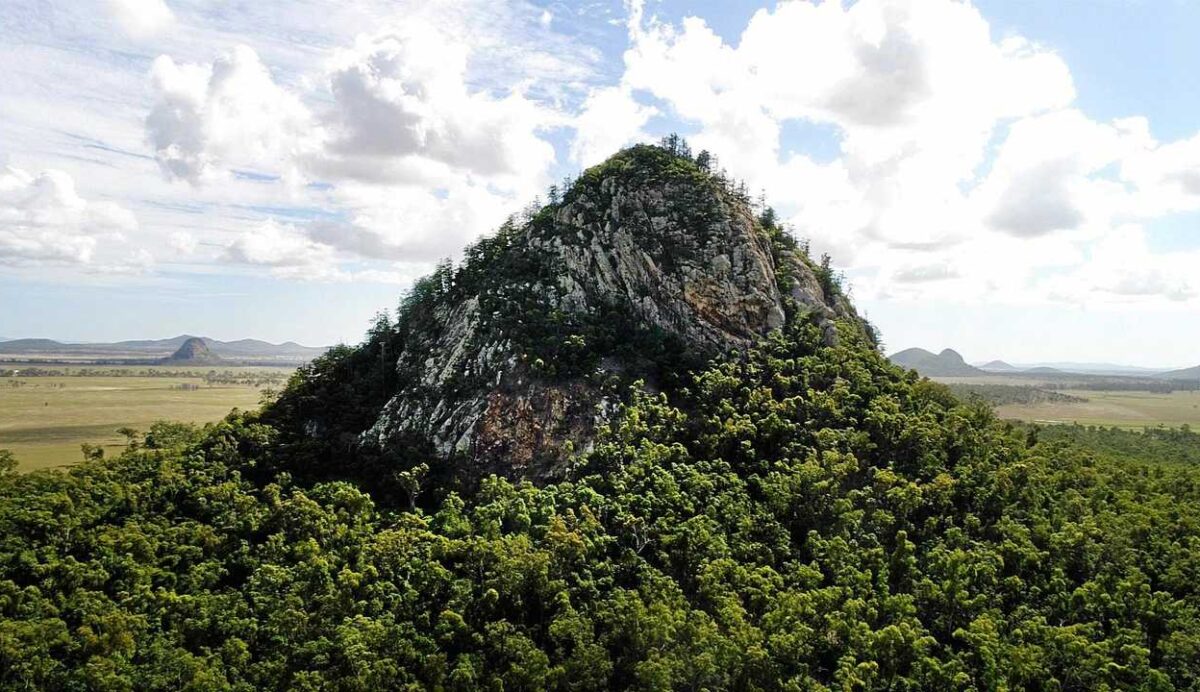 The park protects the impressive Baga, a prominent feature towering over the landscape and obvious to commuters and travellers who pass by on the road below.

The mountain itself is a 221m high trachyte plug—an internal remnant of a long extinct volcano. It was formed over 70 million years ago when basaltic lava solidified under a volcano. Over time, erosion has worn away the volcano’s upper parts, leaving behind the resistant trachyte as a rugged peak. Baga is part of a group of about 12 volcanic plugs in the area, known collectively as the Mount Hedlow trachyte. These plugs are unique as they are the only trachyte plugs in Australia to support hoop pine communities.

The 144ha park’s south-west boundary adjoins Hedlow Creek which has several permanent lagoons covered with waterlillies. These lagoons provide the best opportunity to see much of the park’s wildlife. At dusk noisy friarbirds, striated pardalotes, squawking rainbow lorikeets and Lewin’s honeyeaters can be seen drinking.

The mountain holds particular significance to the Darumbal Aboriginal people—a Dreaming legend tells the story of the creation of Baga and Gai-i by the Rainbow Serpent:

Long ago there was a young woman and a young man who fell deeply in love with each other. They wanted to marry but because of the very strict lores regarding marriages, knew they could not. Still they could not help themselves and continued to see each other.

Because the Darumbal totem kinship is as strong as their blood kinship, the relationship these two young people had could be punishable by death. The relationship was forbidden because each of them had a totem that belonged to the water, and culturally they were too closely related to marry, so the Elders told them that it must end.

But the Elders, having pity and not wanting to harm either of these two young people, decided that one of them would be sent far away to live with relatives that belonged to a different group and country.

On hearing this, the young couple vowed they would not be parted, so they ran away together, disrespecting the lores, the Elders and the creator of all the water in the land, the Munda-Gadda (Rainbow Serpent). The young couple set off on their journey to flee Darumbal country, but they did not get far before the Munda-Gadda came between them, pushing them apart and creating the two mountains, Baga (the young man) and Gai-I (the young woman).

The terrible punishment that the two young people would have to endure forever more was to always be able to see each other, but never again be able to touch each other.

Baga National Park also has a unique history of human use and exploitation. The park was once used for stone quarrying and was also a storage area for United States Army supplies during World War II.

Looking after the park 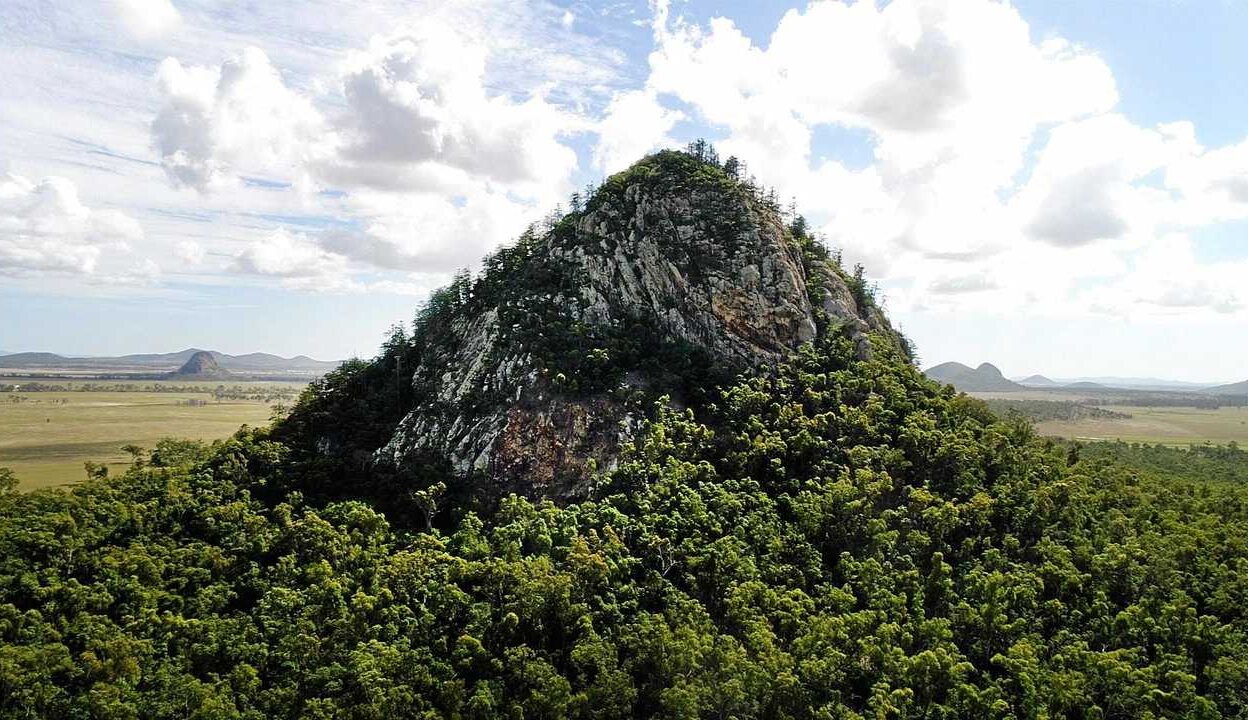