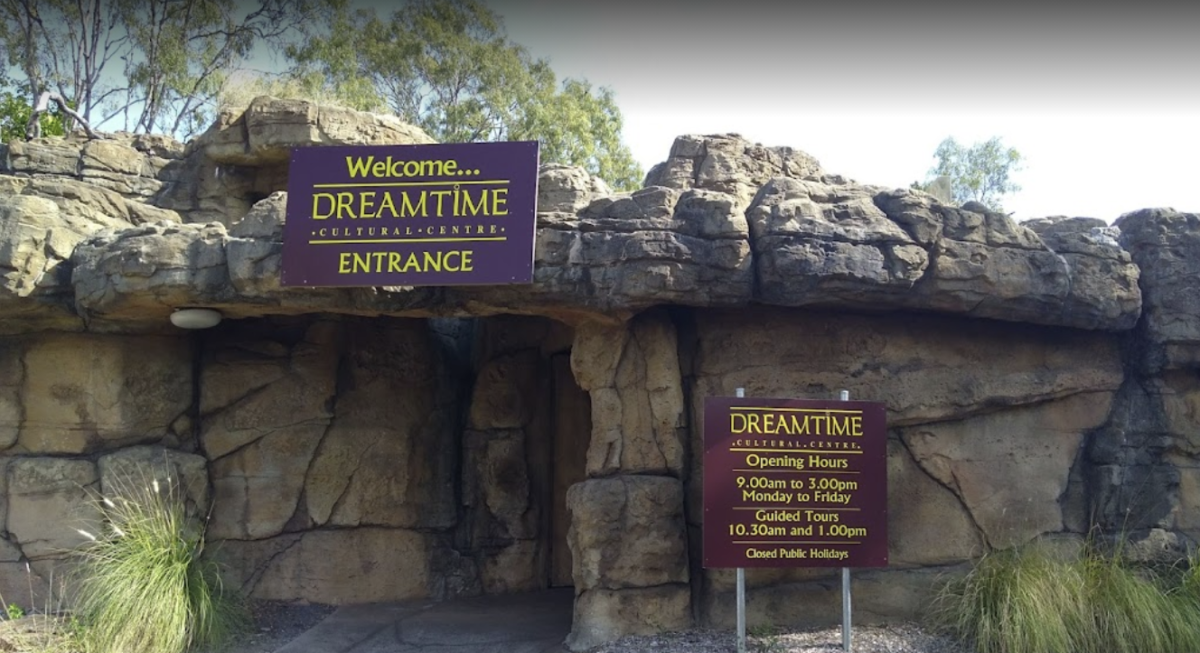 The DREAMTIME CULTURAL CENTRE is situated on the northern outskirts of Rockhampton on the Bruce Highway, six kilometres from the city.  The centre is set on 12 hectares of land which is divided by Limestone Creek.

The Rockhampton City Council and the Central Queensland Aboriginal Corporation for Cultural Activities entered into an agreement, which provides long term tenure for the centre.

The property is attractively landscaped on the northern side of Limestone Creek with native plants, trees and a large waterfall. The waterfall provides a stunning backdrop for any function, whilst the gardens are part of an interpretive walk available to visitors.

It is recognised that the original occupants of the land were the Darambul Tribe. The choice of this particular piece of land is therefore appropriate as it still contains the traditional “ceremonial rings” of the Darambul Tribe.

On the 5 November 1988, Mr George Mye MBE officially opened the Torres Strait Islander complex. This complex expanded again in March, 1992 with the opening of the Dugong complex by her Royal Highness the Duchess of Kent GCVO on the 1st of March 1992.

To the northern side of Limestone Creek is the Centre’s main building, appropriately named the Nola James Building. Nola was Cultural Director of the centre from 1984 to 1993 until her untimely passing. Nola dedicated her life to the presentation of Aboriginal culture and to the introduction and education of all Australians to Indigenous history.

In this building there is the:

Also on site is the DARAMBAL CONVENTION CENTRE. This building was opened on the 7th of August 1994 by the former Chairperson of the Aboriginal and Torres Strait Islander Commision, Lois O’Donoghue CBE, AM. This facility is a first class conference venue. Its popularity in the Central Qld area attests to this.

North of the main building there is the Ted Mitchell Gallery. Ted, like Nola, was a driving force behind the centre’s completion. This museum presently contains the VANISHING CULTURE OF THE SANDSTONE BELT DISPLAY which depicts a remarkable display of the traditional people of the Central Qld Sandstone Belt and their culture – all presented in 34 metres of reconstructed sandstone caves.

Grounds to the south west of the main building feature:

The Dreamtime Cultural Centre is situated within 12 hectares of beautiful landscaped gardens.  The grounds themselves provide the visitor with an opportunity for hours of enjoyment simply walking around the property.  Set on the Northern side of Limestone Creek, the major points of interest include the native plants, trees and a large waterfall.  In addition to the many guided tours offered, self-guided tours are also catered for.

The Vanishing Culture of the Sandstone Belt – a stunning 34 metre display of recreated sandstone caves not only entertains but also educates people on the environment of the Central Queensland Sandstone Belt. Also portrayed is the traditional Aboriginal people of this area, the early days of the Aboriginal mythology, and the significance of Kenniff’s cave, being both the history of Aboriginal occupation in Australia and the early history of cattle-duffing in the region.

Native Plant Tour – this is a comprehensive self-guided tour looking at the various uses plant life provided to the Aboriginal and Torres Straight Islander people. These were basically for Food and Medicines, through to hunting and material uses.

All of these tours give the onlooker a thorough insight into both the Aboriginal and Torres Straight Islander culture. The combination of these two distinct cultures within the one complex provides the DREAMTIME CULTURAL CENTRE with a very unique appeal. 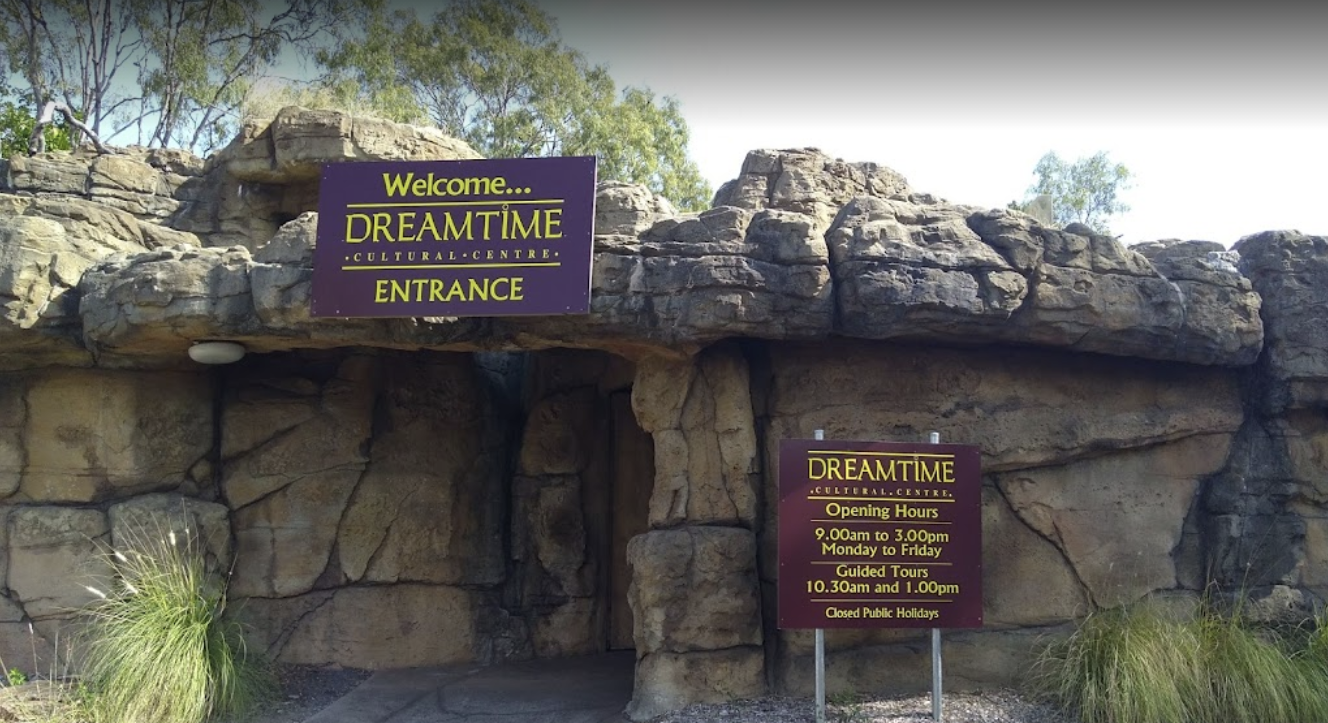 previousAll grins at the Sail Inn